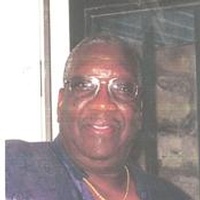 Emmitt Davis was born August 21, 1937 in Kilgore,
Texas to
Emmitt and Lillian Davis. Emmitt attended school in Porter County, Oklahoma. He confessed his life to Christ at an early age. He departed this life on Sunday, September 30, 2012. He is preceded in death by his parents Emmitt and Lillian Davis, his first wife Jewell Shumate, sister Dorothy Davis, brother C.L.Davis

Emmitt relocated to Gary, Indiana where he worked as a sublet contractor. In later years he met Barbara Loretta Pickett and they were joined in holy matrimony.

Services will be held on Tuesday 11:00 am at Dyer Chapel 1610 E.Apache Street- Tulsa, Oklahoma