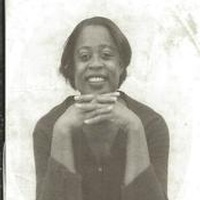 Reflections of Her Life
It was a beautiful day April 9, 1964, that a vivacious and cute baby girl was boarn in Jacksonville North Carolina to her loving parents Williams A Pearson Sr. & Frances Pearson. They named their bundle of joy
Antionette Marie, affecitonately known as Tina.

Tina grew up in Jacksonville N.C. and reciefed her education fro Jacksonville Public School. She graduated from Soutwest High School also in Jacksonville. During her late teen years, Tina befame a single mother. Caring for a baby girl LaTisha then became her priority. It wasn’t long after that she met and married Kevin holland, and to this union baby girl Sadie, was born, she was a welcomed addition to the family, a year or so later, their marriage ended.

While in her twenties, Tina moved to Tulsa, OK; to be with other family members, it was
Francfes who stepped in to help Tina care for teh girls. She soon found employemnt with
Syperior Linen, and also worked for Church’s Chicken.

Tina always had a bubbly personality, and she never met a stranger. One of her most meaningul relations she had was with her friend and partmer of 15 years, Rihard McDaniel. They had a love and friendship that lasted until her passing. Tina found great enjoyment in reading and spending time with her family.

During her life, she experience happiness by living a full life, but she also experienced sadmess. during the passing of her father William a. Pearson Sr. in March of 2012.

On September 12 druing the 48th season of her life, she surrenedered her soul and went home to eternal rest. Leaving ehind to cherish her memory, her mother Frances Pearson, two dauthers laTisha Carter and Sadie Hollowad; three grandon’s Quandre; Jamond and Zaemate. Her loving and devoted partner Richard McDaniel. Her siblings, Anita Forbes,, Curtis Carter, Shawn Pearson, brothe in law 9Kent Mitchell) all of Tulsa Ok.,
Sunny Pearson, Shirl Pearson, both of Coffeyville, Ks and a host of aunts, uncles, cousins,niecfes, nephews, other relatives and friendesl

Services for Tina will be held on Monday, September 17, 2012 Noon at Dyer Memorial Chapel