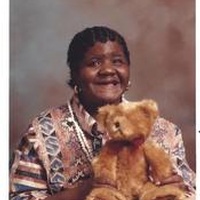 “Reflections of her life.”

It was a crisp spring day, March 28, 1946, that a beutiful baby girl was born to Larry L. Hood
Sr. and Lena Cahill of Grayson, Oklahoma. They named their bundle of joy Linette Hood.

Linette began her early education with Tulsa public School. Around the age of nine. Linette, her mother Lena along with her brother Larry moved to California. Shortly after they arrived in California, Linette was hit by a car, and as a result of her injuries was left disabled.

Some years later, the family moved back to Tulsa, Oklahoma where Linette attended school, and in 1965, after being home schooled graduated with the nationally acclaimed Booker T. Washington high school. Linette and her family were membe3rs of First Baptist Church North Tulsa years ago, and she was involved with the Choir and Women’s Missionary Society.

Linette, had a beautiful spirit, and she never met a stranger. Even thou she had some disabilities, she never allowe3d that to stop her from excelling in every area of her life. She worked for a short time during her life, but s9meo9f her fondest moments were spent crocheting,and drawing. Linette, was good hen it came to using her hands. She would make pot holders and then send her brother Larry, out to sell them on Saturdays, for extra money.

On September 9, 2012, during their 66th season of her life, She surrendered her soul, and went home to eternal rest. Her mother Lena precede3d her in death.
She leaves behind to cherish her memories her brother Larry Hood Jr., of Tulsa, Oklahoma; cousins Arnez mcBride, Okmulgee, OK, Linda Goudeau, Oklahoma City; Marie Goudeau, Detroit Michigan and a host of nieces, nephews other relatives and friends.