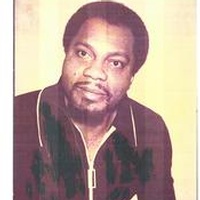 Reflections
When a child is born a rece begins, it is the race from the crade to the grave and in between, bit it shor or long come life, each person must run their own couse andso it was for
Nathaniel Edward Anderson.

On February 15, 1939, Nathaniel E. made his arrival in Okmulgee, Oklahoma to his loving parents Alma Conley and nathaniel William Anderson. “Lil Nae” as he was lovingly called, was the second of three children born to the Andersons and he had one half sister. Nathaniel attended elementary school briefly in Herlong, California before coming to Oklahoma in 1948 where he attended Dunbar Elemetary School. He graduated from Booker T. Washington in 1957.

Nae married Pearlie Mae Johnson in 1960 and he worked at Bama Pie Inc. for 10 years. He mnoved to San Jose, California in 1967. There he worked at the Container Corportation for35 years until retirement.

He attended the Chaderal of Faith Church. Ili Nae was always helping out in whatever was he could. He was always giving advice. He loved trying out new recipes, new foods, watching his westerns and sports, he was a di hard “Cowboy and Lakers”, fan and he liked other forms of entertainment.