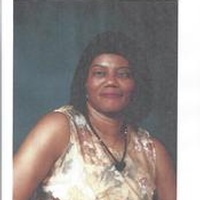 Wilma Mae Givens was born to
Willard & Edna Clayton on June 8, 1939 She confessed a love for Christ at an early age. She graduateed from Lincoln School in Wagoner in 1057. She later married Arthur Lee Given on Juhe 21, 1958. This union was blessed with five children. She was a faithful wifre until his death.

Wilma was an actie member of First Baptist Church were she serfved as Choir Secretary & President, Sunday nSchool & Church Secretary-Clerkl She was also a member of tshe Women’s Missionary Society. Wilma loved to sing &n she led many songs in sthe choir with her high soprano voice. She had a green thumb for growing house plants & her favorite swee snack was ice cream.

Wilma worked as a home-maker &n worked for the Heritage Nursing Center in Muskogee, OK untl her health failed her. Even during her time of dillness, she never complained, and always kept a smile on her face.

Wilma spent her last days at the Wagoner Care Center & God called her to come honeon Tuewsday, June 5, 2012, tshree days before her birthday.

Services will be held on Friday, June 15, 2012 at 11:00am at First Baptist Church Wagoner Oklahoma

Interment will be held at Elwood Cemetery, Wagoner, Oklahoma