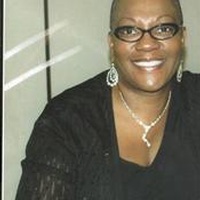 On December 5, 1958 a baby girl was born to Sam and Roxie Sutton; they named her Marilyn Jean. Marilyn was the oldest of seven children. She was affectionately called Tiny” by her family and friends. Marilyn received her education in Tulsa Public Schools. (Dunbar, Bell and Booker T. Washington). She graduated in 1977; her classmates gave her the name SUT TAN. She accepted Christ at a young age, and attended
Timothy Baptist Church.

Shortly after graduation Marilyn moved to Seattle Washing. She worked as a Private Investigator in the Seattle Criminal Justice System. Marilyn met and married Jimmy Miller a Military man. His duties moved them to Germany foir three years. Then they returned to Seattle
WA where she remained until she returned home,she also returned to her first loved. She worked at David L. Moss as a kitchen Supervisor. She remained there until she became ill.

On Thursday, February 23, 2012, she answered the Masters call to come home, to where there is no more sickness and no more pain. Marilyn was preceded in death by her late husband Jimmy Miller, her father Sam Sutton and her grandparents, Joe and Mrytle Childs.