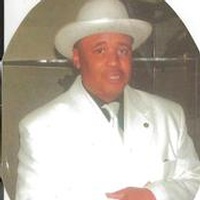 On April 20, 1969, a beautiful baby boy was born in Tulsa Oklahoma to his loving parents Shirley Davison Blakely and Oscar Blakely.

During his middle school days, he played football, and back in the day at Central High School he was involved in a band, that won several competitions. After high school Eric went on to Votech, and studied Electrical as his trade.

Eric was a faithful member of Mt. Olive Baptist Church South Haven. he was affiliated with the Brotherhood, and enjoyed attending Bible Study.

Eric’s interest of many included listening to music and detailing and working on cars. Eric had a great sense of humor, and he never met a stranger.

On June 29, 2004 he married the love of his life Mechsia Barnett of Tulsa Oklahoma. They brought into their family Eric Jr. who joined his big brother Aaron Blakley. Eric and Mechsia also add their nephew Montre Carroll to their family, and was raising him as their own.

Eric was employed with Tulsa Public Schools for a number of years as a skilled mechanic, and also worked for other companies in the Tulsa area.

On January 20, 2012, Eric surrendered his soul, and went home to eternal rest. Preceding him in death were his father Oscar, son Eric Jr., his maternal grandparents, and paternal grandfather, nephews Mar’Quay Blakley and James Adkins.