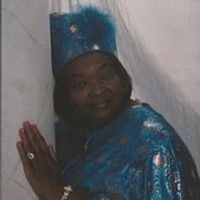 It was a spring day March 3, 1945, that a beautiful baby girl was born in “Shawnee, Oklahoma to her loving parents Bernice Montgomery and Theodore Montgomery. They named the precious baby girl Manetta Crace.

Manetta and her siblings grew up i Pawnee Oklahoma. She received her formal education there and attended both Lincoln High and Pawnee High School. After high school, Manetta went on to further her education by attending Business College.

While living in Stillwater and Pawnee area, the family were members of Mt. Zion Baptist Church. Manetta and Elmer enjoyed thirty-seven plus years of marriage. Elmer Sr. and Elmer Jr., preceded Manetta in death.

Manetta and her family relocated to Tulsa Oklahoma. she was a hard worker, and wasn’t afraid of a challenge. she found employment iwth St. Augustine Day Care and served the facility as a head start teacher and bus driver for several years. Manetta had a great work ethic, and great business skills. She found employment with Naifies Grocery Store and worked at both the Peoria and Cincinnati locations for over twenty years.

Maneta’s desire to better herself, led her to seek employment at Whirlpool Corporation. It was no surpise to us, when she took the job as a security guard, and retired from Whirlpool after being employed their for several years.

Manetta believed in being involved in the community, she was a life long member of the Elks Lodge, until she became ill. she had a great many interest like fishing, and cooking delicious meals, “which we all are going to miss”. attending family gatherings, and watching those western shows on television.