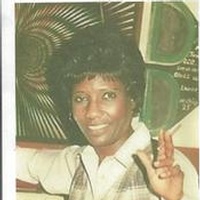 The Lord giveth, and the Lord taketh away.

Marian Calcough was born to Rev. Calcough and Pairlee Johnson,on September 2, 1930 in Tulsa, OK. She grew up in Tulsa and received her formal education from Tulsa Public School system.

As a young girl she accepted Christ at an early age, and attended the Catholic church regularly with her parents. Marian was a graduated from the acclaimed Booker T. Washington High School. After high school she studied cosmetology, passed the state board and was licensed.

For many years she served the woman and girls in the Tulsa area, taking pride in her craft, she helped by beautifying her clients, and keeping them adorned with the latest trends in hair fashion.

She later married her childhood sweet heart Clarence Russell, and together they shared 54 years of marriage until his passing.

Their family tree included three lovely children, Gerald Russell Sr.,Calvin Russell, and Kathy Russell, all of which preceded her in death.

She was a special lady who after raising her own children, became a surrogate mother to many of her grand children and great grand children.

Marian loved people and she never met a stranger. It was during her 81st season of life, during the early hours on Monday, November 28th, that God called her name, she answered and went home to eternal rest.

Services will be conducted on Saturday 2:00 pm at Dyer Memorial Chapel. The Eulogist will be Rev. John W. Anderson, pastor North Side Christ Gospel Church