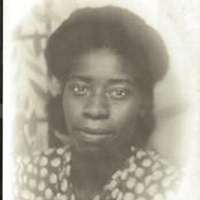 She was born in Okmulgee, Oklahoma on August 12, 1926 to her parents James and Christine Fields, and was noted as being the first born of eight children.

Leatha was a homemaker she loved cooking, sewing and attending church. She was preceded in death by her parents, her daughter, Georgia Elbert, one sister Rebecca Carter, step-daughter Essie Mae, and step brother Jessie.