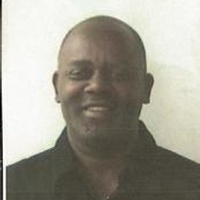 Reflections the life of a son, brother, father & Friend

My story.. I was born on August 26, 1953, in Rosston Arkansas. My parents James Martin and Mildred Harris were ecstatic when I arrived a healthy man child to this loving family, they named me James Henry Martin.

As a young boy, I accepted Christ as my personal savior, and attended church with my family regularly.

I attended public school in Rosston, Arkansas and attended Preston High School, and Oak Grove High School. During those days I was an awesome athlete and I was a pretty good basketball player. I received All American and All State honors and recognition. Not only did I excel in basketball but baseball as well.

I was a likable young man back in the day, and caught the eyes of many young ladies, but it was my high school sweet heart Shirley, that stole my heart and later became my wife. Together we brought four children into our union. As a young man I traveled a little, and I also lived in Checotah, OK. It was there I met Gaynell Warrior, we enjoyed a beautiful relationship and as a result we had six lovely children.

While living in Tulsa, I worked for the City of Tulsa Maintenance Department for ten years. I was no stranger to hard work, and thus I excelled in my profession.

My passion of many was cooking, and I enjoyed playing cards. I would be the first to admit, that I’ve made a few mistakes in my life and thus had to spend some time time in the Department of Corrections. However while I was there, I made good use of my time. I took a ministry class and was ordained as a minister on February 21, 2005. As fate would have it, ” I completed my course”. As destiny would have it, on Monday November 21st in the 58th season of my life “my final course ended”, and I went home to eternal rest.