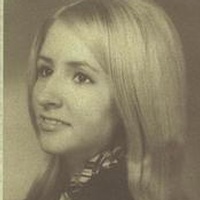 Vicki graduated from Daniel Webster High School in 1971. She married Gerald (Jerry) Blalock in 1974 a marriage of 37 years.

She was a very long person, Vicki was loved by many, and she would help just about anyone. If someone needed anything it was nothing for her to render her services.

Vicki departed this life on Wednesday, October 26, 2011 surrounded by love ones.